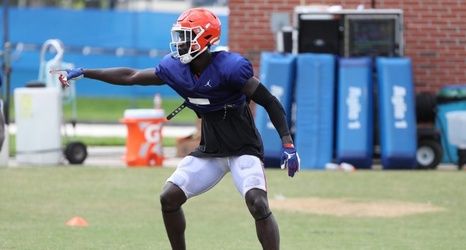 UF cornerback Kaiir Elam was named to the Associated Press Preseason All-America Second Team on Monday. It is the first All-American honor of his career.

This is the latest in a long time of preseason accolades for the junior from Riviera Beach, Florida. He was previously named to the watchlists for the Bronco Nagurski Trophy, the Jim Thorpe Award and the Chuck Bednarik Award. Additionally, the media selected him to its preseason All-SEC First Team.

Elam enters the 2021 season with some mock drafts having him being selected among the top-10 picks in the 2022 NFL Draft.