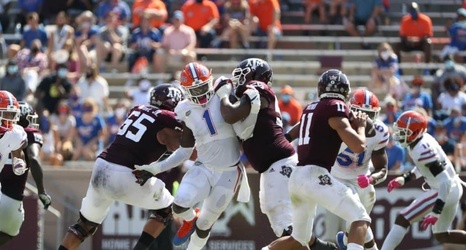 After Jachai Polite and Jonathan Greenard threatened school records for sacks and tackles-for-loss in 2018 and 2019, the expectation was that there would be a smooth transition at BUCK in 2020.

After all, former five-star prospect Brenton Cox transferred into Florida in the fall of 2019 and had been groomed to take over the position. He has everything you could want in a weakside defensive end/outside linebacker: length, strength, explosiveness and a hunger to prove people wrong after his career at Georgia ended just as it was getting started.

However, it didn’t play out that way. The transition from Greenard to Cox was anything but smooth.