3 takeaways from UF’s win at UK 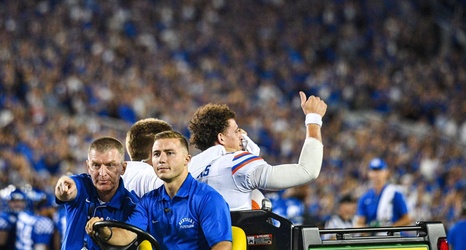 Florida’s 29-21 comeback win over Kentucky on Saturday came at a cost.

Starting quarterback Feleipe Franks, who led the Gators to a Peach Bowl victory last season, was lost for the season late in the third quarter when he dislocated his right ankle underneath UK lineman Calvin Taylor Jr. while attempting to run for a first down.

It’s the type of injury that can derail a team’s season, but redshirt junior backup Kyle Trask stepped up in Franks’ absence, leading No. 9 UF to a 19-0 run and the win.

It was only one quarter of action, however, and there are still plenty of questions around this Florida team.