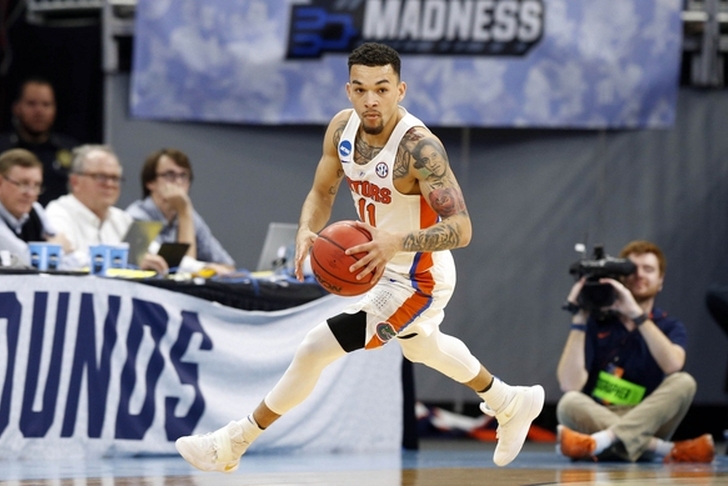 The final game of the Sweet 16 turned out to be the most exciting game of the entire tournament to this point.

In the first overtime game of the tournament, the Florida Gators had a double-digit lead in the final five minutes of the game, blew it, then pulled off a 84-83 win over the Wisconsin Badgers at the buzzer.

CHRIS CHIOZZA (@Chiozza11) WINS IT AT THE BUZZER!! #MarchMadness pic.twitter.com/1AnG2Be92n

Early on in the game, it looked like Wisconsin was going to run away with this one, building a double-digit lead in the opening seven minutes and held a sizable lead for most of the opening frame. However, Florida closed the half on a 12-3 run to take a 34-32 lead into the break.

From there, the Gators continued to extend their advantage, leading by as many as 12 points with five minutes to play. But, as has been the case all postseason - and really throughout the entire four-year career of Wisconsin's senior class - the Badgers pulled off a spirited comeback and forced overtime on this running three-pointer from Zak Showalter.

With that, we headed into overtime with Wisconsin holding all of the momentum. They used that to score the first six points of the extra frame, but the Gators went on a 9-3 run to close the game to get the win.

KeVaughn Allen was the only Florida player who scored in double figures, finishing with 35 points, but six other players scored at least seven points.

Florida will now face South Carolina in the Elite 8 on Sunday.