Women’s Soccer: Owls’ season ends in heartbreak after a 2-1 loss to Southern Miss in the C-USA quarterfinals 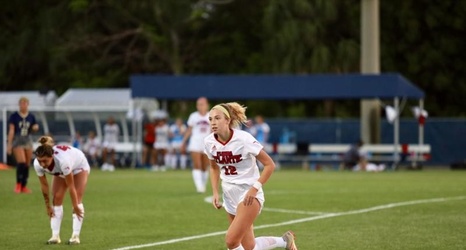 It was the Owls’ first loss in the C-USA quarterfinals since 2015.

Entering the Conference USA tournament in Houston, Texas on a three-game winning streak, second-seeded FAU women’s soccer had the chance to keep that momentum going.

Unfortunately for the Owls, that momentum ended in heartbreak as they lost 2-1 to the third-seeded Southern Mississippi Golden Eagles Tuesday evening. It’s the first time FAU lost in the quarterfinals of the C-USA tournament since 2015.

FAU had the first shot on target in the 11th minute with junior midfielder Emma Grissom taking it, but it was saved by the Eagles’ senior goalkeeper Kendell Mindnich.