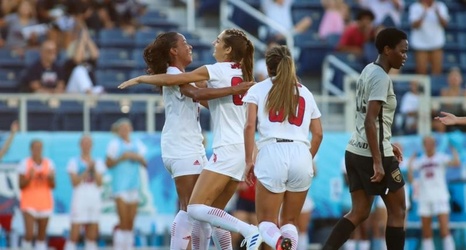 The Owls took 14 shots while limiting Oakland to only two shots.

The FAU women’s soccer team (1-0-0) picked up where they left off from the spring Thursday evening, beating the University of Oakland (0-1-0) 3-0 at the FAU Stadium in Howard Schnellenberger Field to begin the fall season.

FAU found its first shot on target in the 22nd minute when redshirt junior midfielder Gi Krstec took a volley shot, but senior goalkeeper Noemi Stadelmann caught it before the ball even had a chance of going in.