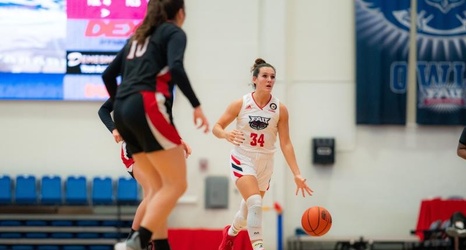 FAU women’s basketball (2-4) lost their second and final game of the FAU Thanksgiving Tournament in the Burrow at Abessinio Court 61-58 to the Davidson University Wildcats (5-2) Saturday afternoon.

The Owls got off to a great start going on a 6-0 run in the first five minutes of the first quarter and allowing no points on Davidson’s first six offensive possessions.

Senior forward Amber Gaston made her presence felt in the paint early, drawing two fouls and going 4-4 from the free-throw line in the first quarter.

Off the bench, junior guard Nikola Ozola contributed well, shooting 2-2 from three-point range in the first half.