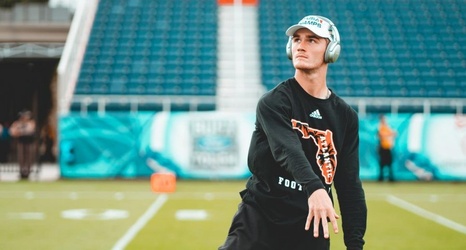 As FAU’s football players return to campus in preparation for the start of preseason camp, it looks like the Owls will be without one of its biggest contributors this season as quarterback Chris Robison is “no longer with the team,” a university spokesperson told the University Press.

When he was a redshirt sophomore, Robison became the program’s all-time single-season passing yards leader, throwing for 3,701 yards and 28 touchdowns.

Linebacker Akileis Leroy was also not listed on the preseason roster.