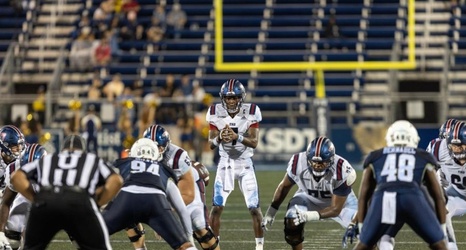 N’Kosi Perry hopes to extend his career to the professional level once his six-year collegiate career comes to a close at FAU.

After six years of playing in college, graduate quarterback N’Kosi Perry is less than a week away from what could potentially be his final game behind center for the Florida Atlantic University Owls. He will set his sights on the 2023 NFL Draft with hopes of extending his career in the pros.

Competition was at the roots of his love for football, as he fell in love with the competition from arcade games with his brother to youth sports.