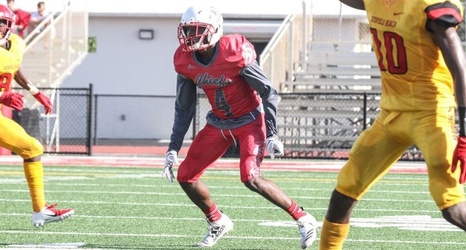 On Sunday, three-star cornerback Michal Antoine Jr. announced his commitment to play for FAU. Antoine Jr., a standout coming out of Fort Lauderdale, Fla., will look to add some depth and size to the Owls’ roster with his six-foot frame.

As of now, the Owls have seven other players listed at the cornerback position, which leaves plenty of room for competition. Last season, the Owls had three seniors on the roster at the position.

Coming out of Cardinal Gibbons High School, Antoine Jr. was a top 125 cornerback nationally ranked by both 247sports and ESPN.