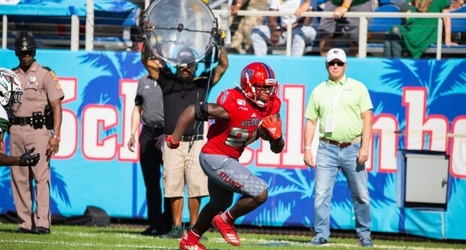 This will be the fourth bowl game that FAU has played in.

FAU (10-3) will stay home in the final game of the year, as they accepted the invitation to play the Southern Methodist University Mustangs (10-2) in the Cheribundi Boca Raton Bowl on Dec. 21, announced Sunday.

The news came after the Owls blew out the UAB Blazers in the Conference USA championship on Saturday, 49-6.

The same day, it was also announced that Lane Kiffin is leaving to become the new head coach of Ole Miss, with Defensive Coordinator Glenn Spencer stepping in as the interim head coach.