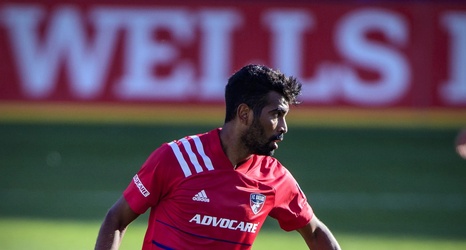 Late yesterday, a news report out of South American stated that FC Dallas was on the verge of selling defensive midfielder Thiago Santos to Brazilian side Germio. It turns out that report may very well end up being accurate.

Our friend Jon Arnold at The Striker Texas (a really good website for all things soccer in Texas if you haven’t seen it by now) is reporting that his sources are confirming the report and that FC Dallas has indeed worked out a deal to sell Santos.

FC Dallas will pocket somewhere in the ballpark of $1-1.