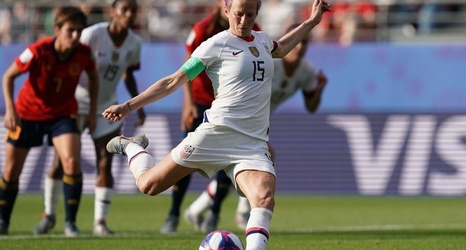 REIMS, France -- Spain tested the United States like no other team at the Women's World Cup.

The U.S. looked disorganized at times facing Spain's aggressive and physical style before pulling out a 2-1 victory Monday night.

It could have been just what the Americans needed: France is waiting.

Megan Rapinoe converted a pair of penalty kicks to set up the United States' much-anticipated quarterfinal rendezvous with the hosts.

The tense match was knotted at 1 until Rapinoe's second penalty put the defending champions ahead in the 75th minute.

"I think we showed just a lot of grit and experience, to be honest, in this game," Rapinoe said.