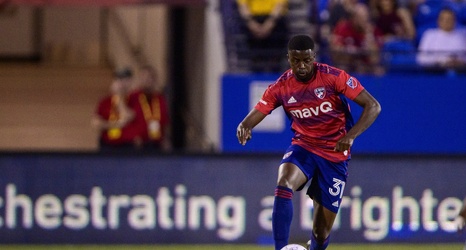 FC Dallas defender Nanu (Guinea-Bissau) and winger Szabolcs Schön (Hungary) have been called up to represent their respective countries in the upcoming FIFA international window running from May 30 through June 14.

Nanu, who was born in Portugal, has been capped 17 times by the Guinea-Bissau National Team. He made his senior team debut for the Djurtus in an international friendly against Angola on June 8, 2019. Guinea-Bissau will face Mauritius (June 9) and Sierra Leone (June 13) for the first two group stage matches of the Africa Cup of Nations Qualifiers.

Schön has eight appearances overall for the Magyars, after making his senior team debut in an international friendly against Ireland on June 8, 2021.