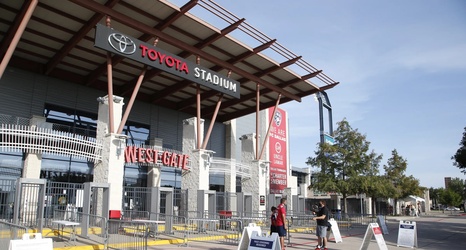 The Concacaf Gold Cup will return this summer and North Texas will play a large part in hosting the annual event. Toyota Stadium in Frisco has been named as one of the venues to host matches, as well as Arlington’s AT&T Stadium and downtown Dallas’ Cotton Bowl.

Toyota Stadium hosted Concacaf Gold Cup matches in 2019, 2017 and 2015 which saw the USMNT defeat Honduras, 2-1 in front of a sell-out crowd. Native Texan Clint Dempsey scored both goals in the victory on July 7, 2015.

The nine stadiums that will host group and knockout stage matches of this year’s edition of the Concacaf Gold Cup are, in alphabetical order by stadium name (previously hosted Gold Cup):