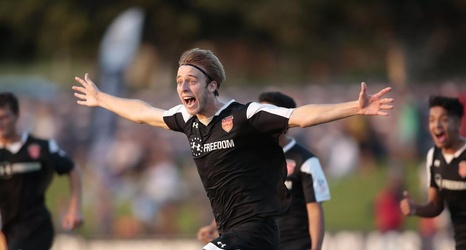 The reigning USL League One champions made their first addition of the offseason on December 6th, signing Alex Bruce, a Houstonian/Englishman who was under contract for San Antonio FC of the USL Championship in 2018 and 2019 and played with the now defunct Lansing Ignite during the inaugural USL1 season. He’s 21, and was a member of Eric Quill’s DA-championship-winning Texans SC side in 2016/17 that was built around Chris Richards and Christian Cappis. What is NTSC getting in this guy?

As a note on procedure, for individual game performances, I looked at Lansing’s games against Greenville in the playoffs (starter), against Madison in the last game of the regular season (substitute), against Chattanooga on September 14th (substitute), and at Orlando on August 14th (starter).