Squad Selection: What rotation will FC Dallas use against the Houston Dynamo? 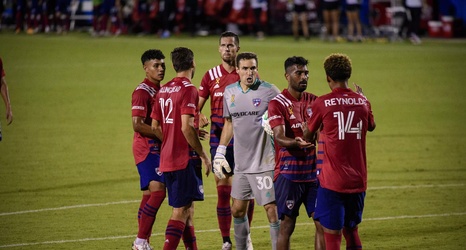 Here we go again, another midweek clash with the Houston Dynamo.

FC Dallas will travel down to Houston tomorrow to battle the Orange for the third time this season. Luchi Gonzalez has a pretty healthy squad going into this game but as we all know, rotation may be key given the workload and game at home this Sunday with Minnesota.

Last week we saw Dallas get back to scoring goals with Michael Barrios finally finding his groove on this season with a goal and a penalty earned that Reto Ziegler later scored.