Scratching the Chalkboard: Back to what works 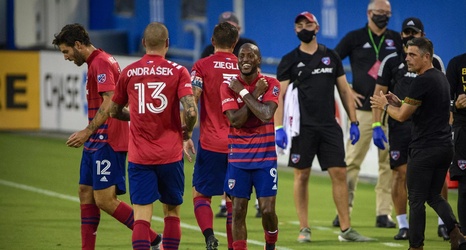 A little weather delay (again), couldn’t dampen the spirits of FC Dallas last night as they finally got off to a strong start and bagged three points for the first time in six months. Dallas scored two quick goals in the first half (first time in 2020 that they scored in the opening half) and despite a nervy second half where Minnesota mounted an honest comeback effort, this was by far the best Dallas has played this year.

Going back to what’s good

Luchi Gonzalez had his men play out of a 4-3-3 to start, but staggered the midfield in a more traditional sense.