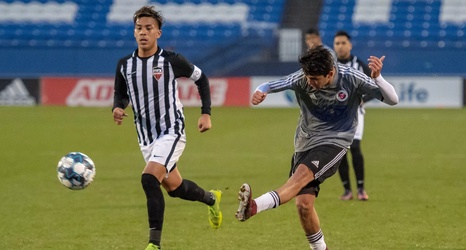 In Toyota Stadium, right after FC Dallas defeated the Colorado Rapids, North Texas SC played its final tune-up match before the start of the USL League One season. They defeated SMU 4-0, with 15-year-old striker Ricardo Pepi putting in an impressive display, scoring two goals and assisting another.

NTSC competed in the same 4-3-3 formation as FC Dallas. From back to front, here was the starting lineup for NTSC:

NTSC had two captains in this match: Brecc Evans and Alfusainey Jatta.