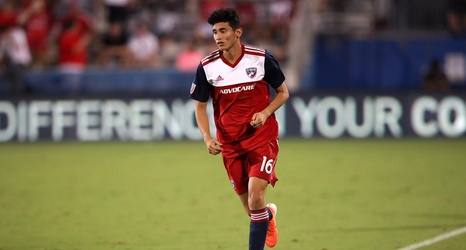 Once the 2019 season ended for FC Dallas, the next thing on the horizon (besides the draft, off-season moves, etc.) was whom Bayern would bring over to Germany for a training stint like they did last year with Thomas Roberts and Chris Richards.

This year, Bayern will bring Edwin Cerrillo, Ricardo Pepi, Bryan Reynolds and Thomas Roberts to train with the U19s and U23s for a couple of weeks going from Nov 11-25. Also joining them will be North Texas SC’s David Rodriguez.

This partnership of sending players over for training stints has proven to be fruitful, as Dallas was able to enjoy the meteoric rise of Chris Richards who initially went to Bayern for a training stint with the U19s but impressed so quickly that he was pushed to train with the U23s, got sold for a nice transfer fee and is now pushing for minutes with the first team.