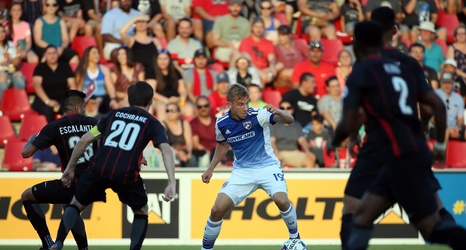 The preseason is getting closer and closer to wrapping up here as FC Dallas heads south on I-35 today to battle USL-Championship side San Antonio FC.

The two sides have met a lot in the preseason over the years and this will be another chapter in their budding friendship/rivalry.

FC Dallas manager Luchi Gonzalez will use this game as a bit of a tune up before taking his preseason camp to Florida next week for friendlies against Inter Miami CF and the Philadelphia Union.

Key player for FC Dallas - Zdenek Ondrasek - Cobra has picked up where he left off in 2019 with his preseason campaign so far.