FC Dallas struggles in a 3-0 loss to Nashville SC 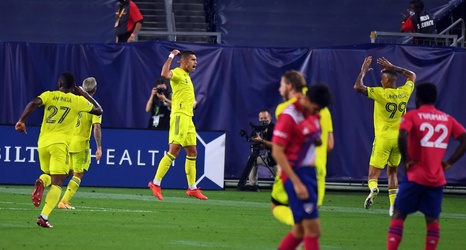 FC Dallas picked possibly the wrong time in 2020 to have their worst performance of the season as they lost 3-0 to Nashville SC on Tuesday night.

Nashville started the game with lots of energy and speed that gave the Dallas defense fits all night long. The hosts were able to take a lead fairly early through Randall Leal, who scored in the 19th minute. Derrick Jones laid the ball off towards Leal, who took a shot from outside the penalty box that hit FC Dallas defender Reto Ziegler on the way into the back of the net.