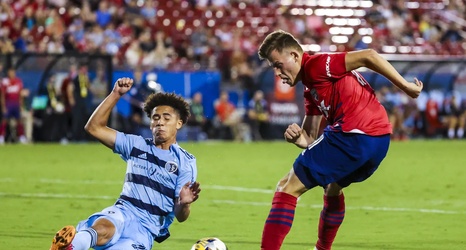 Daniel Salloi scored two goals, including one long-range shot early in the first half to help push the visitors in their quest to be the top club in the Western Conference.

FC Dallas played down a man for most of the second half when Bryan Acosta was issued a red card in the 52nd minute as he tripped up Khiry Shelton in a DOGSO situation. Minutes later Johnny Russell put the visitors up by two off a penalty kick goal.