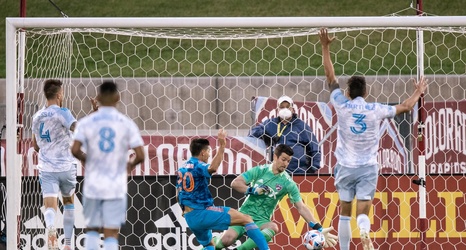 The start of the 2021 season isn’t going FC Dallas’ way as they lost their third game, a 3-0 loss to the Colorado Rapids.

Despite dominating the shots, chances on goal, and possession, it was the Rapids who took care of their chances and rode some luck along the way to secure the win.

Colorado held off some early advances from FC Dallas and in the 13th minute, Keagan Rosenberry scored the games’ first goal as he took a ball from Jack Price in the run of play before he fired it from long distance to beat Jimmy Maurer.