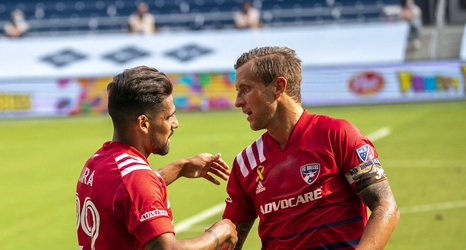 The week continues forward here as FC Dallas prepares for their Wednesday night clash in Atlanta.

Who was FC Dallas’ top player in wins over Colorado and Kansas City? - Big D Soccer
SIX POINTS! What a week for FC Dallas. Which player deserves a vote for Workhorse of the Week?

Franco Jara and Santiago Mosquera Named to MLS Team of the Week | FC Dallas
If you end up scoring lots of goals in a single week, you tend to end up on the league's team of the week list.