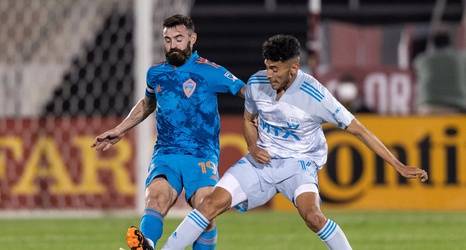 The rough month of May is in the books here as FC Dallas is off for a few days as we begin the nearly-three week international break. I’m sure we’ll have plenty to say about the current state of things but let’s get into some links to get the month of June off on the right note.

FC Dallas drops another road game, losing 3-0 to the Colorado Rapids - Big D Soccer
It just continues to go from bad to worse for Luchi Gonzalez and FC Dallas.

Michael Barrios heaps misery on former team as FC Dallas search for momentum continues | The Striker Texas
We had a feeling going into this one that Barrios could be a difference-maker against his former club.