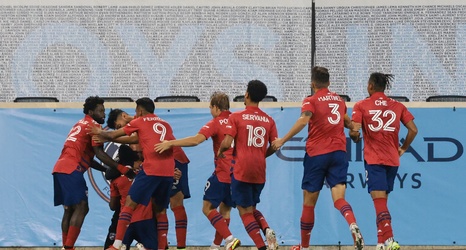 As weird as a Tuesday night game in New Jersey is, I will take it over a Wednesday night game in LA. Just a personal preference really. Now we move towards the weekend with another rivalry game for FC Dallas against Houston. That should be fun.

FC Dallas’ Match against Houston Dynamo FC on Sept. 18 Moved to 8:30PM CDT | FC Dallas
Saturday's game in Houston was supposed to be at 9pm but now we get a half-hour back on our calendars. Still, grab some extra coffee.

Club América take the second leg 2-0, advance to CCL final - Brotherly Game
Union lose in the semifinal 4-0 on aggregate as this was just never really in the cards for them or MLS for that matter.