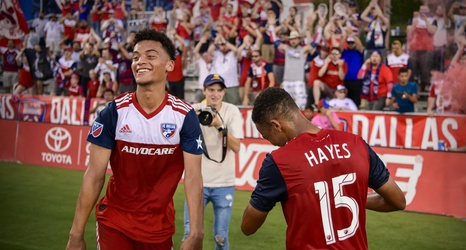 Since award season is upon us here in the offseason for FC Dallas, our staff has gotten together for the first of four awards that we’re going to hand out following the 2019 season.

Up first is a look at FC Dallas’ top U-23 player. With the team having so many Homegrown and young players available, the selection for this one was a tough one that came down to a tie when our staff was polled.

Jesus Ferreira and Brandon Servania ended up tied on votes with four apiece, while Reggie Cannon earned three votes to his name, and Paxton Pomykal claimed the last remaining vote.