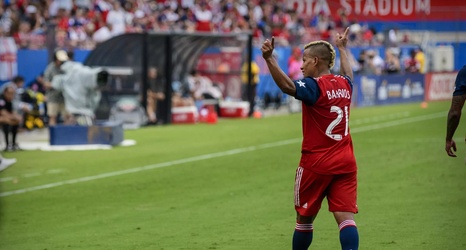 Today is the last of our 2019 Big D Soccer awards as we hand out the Most Valuable Player for FC Dallas in the 2019 season.

After running away with the Big D Soccer Offensive Player of the Year award yesterday, Michael Barrios took home our MVP prize by earning five of the 12 votes. Our team was pretty divided elsewhere as Ryan Hollingshead and Jesse Gonzalez each picked up two votes, with Paxton Pomykal, Bryan Acosta and Jesus Ferreira each earning a vote.

Here is what folks had to say about selecting Barrios:

“Michael had the most complete, consistent offensive year for the squad — which we’ve always come to expect.