Back to the FBS Independents Newsfeed 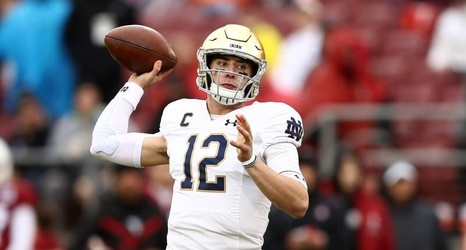 No. 16 Notre Dame ended its regular season with a 45-24 win over host Stanford on Saturday.

Fighting Irish quarterback Ian Book completed 17-of-30 passes for 255 yards and four touchdowns. Two of them went to wideout Chase Claypool, who had three receptions for 63 yards.

Notre Dame struggled in the first half, finding itself down 17-7 after Cardinal quarterback Davis Mills found wideout Michael Wilson for a 27-yard score with 9:29 left in the second quarter.

Book responded with two touchdown passes, however, with one going to Tommy Treble for six yards and another headed to Claypool from 41 yards out.