What We Learned From Week 12 Of Fantasy Football 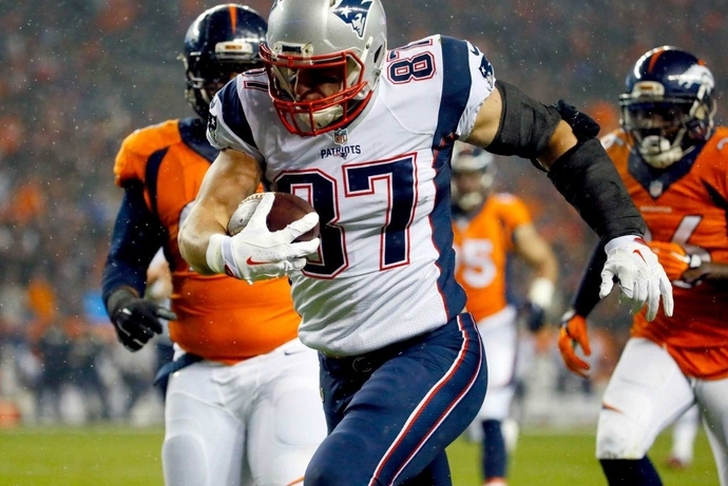 Jimmy Graham Is Out

Graham's season is done and it's a tough loss for his fantasy owners. He was off the board by the fourth round in most, if not all, leagues, so you likely spent a high pick on him. He wasn't as productive with the Seahawks this season, but he was a still a Top 10 tight end. You'll need to replace him and here are the best options.

More bad news for TEs. While Gronk avoided major injury, he will likely miss at least a game or two. That's a tough break for fantasy owners, as Gronk had played great this season. Scott Chandler is a solid option for those that need a short-term replacement.

The rookie RB for the Cardinals could be the feature back this week. Chris Johnson fracture his tibia and with Andre Ellington banged up again, that leaves Johnson as the likely starter. He's scored a bunch this season, but hasn't received many carries amid fumbling issues. He could keep the starting job and swing many fantasy playoff games. Pick him up on the waiver wire.

Baldwin had showed flashes in the past few games, but erupted for a massive game against the Steelers. He's worth signing, although he likely won't repeat those numbers. Wilson has struggled as a fantasy QB this season, but hopefully his great game is a signing of things to come.

That's Why You Throw It To Watkins

Since Sammy Watkins complained about his usage in the Bills' offense, he's been getting more targets and been more productive. He crushed the Chiefs' defense and will hopefully continue to play well. He's a WR2 most weeks going forward.

The Dolphins ran the ball nine times against 58 passes against the Jets, which killed Lamar Miller's fantasy day. It made for big games from Ryan Tannehill and Jarvis Landry, but the Dolphins need to find balance. Miller has played well when he gets carries and his fantasy owners hope that is the case during the playoffs. The firing of Miami's offensive coordinator could bode well for Miller.

Fantasy players on the Cowboys just saw their fantasy stocks take a hit when Tony Romo was injured again. RB Darren McFadden is still at least an RB2 and only drops slightly, but everyone else isn't as valuable. Dez Bryant is best left as a WR2 or matchup play going forward, while Jason Witten is outside the Top 10 TEs now. WR Terrance Williams isn't worth owning without Romo.

Lacy still has fumbling issues, but he played very well against the Bears. It's two straight 100-yard games on the ground for Lacy, who had zero before the past two weeks. His return to form is a big boost for fantasy owners who stuck with him.