What Daily Fantasy Sports Players Can Learn from Gambling 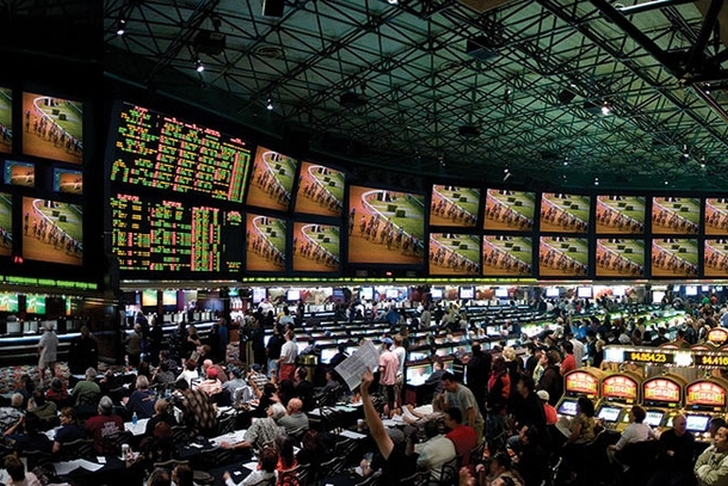 Daily Fantasy Sports (DFS) is the biggest thing to happen to the sports industry in recent history. With over 20,000 players signing up daily to sites like FanDuel, DFS is a hugely popular trend in the sports and gambling industries. While the activity has elements of both, it tows the line between a game of luck and a game of skill, so many players wonder just how they can apply elements of gambling in order to make a profit at DFS.

Daily fantasy sports features all of the elements of gambling; however, determining the differences and similarities between the two activities requires a closer look at the intricacies of both. Upon closer examination, DFS players can learn quite a lot from other types of professional gamblers.

Firstly, An Introduction of Daily Fantasy Sports…
DFS sports is just like any other fantasy sports activity in which participants assemble their own teams using actual players from various teams within a league. All of the other participants in your league will do the same thing, and your teams will compete.

To determine who wins each game, you assign a certain number of points to certain actions – and, the team with the most points wins.

The main difference lies in the duration. In traditional fantasy sports, the fantasy season takes place over the same course of time as the corresponding league’s season. Daily fantasy sports take over the course of, well, a day.

Take a Cue from Poker Players
CNBC considered whether DFS is a game of skill or luck by comparing it to online poker.

According to Andy Frankenberger, a professional poker player, the DFS requires a lot less skill. Based on how the players’ prices are set by sites like Draft Kings, participants can make educated guesses about the outcome of the season.

Poker slightly differs because players assign their own values to their hands. In poker, he says, a skilled player has more to gain from making better decisions.

"A daily fantasy pro's competitive edge over a beginner is nothing compared to the edge of a poker pro versus a first-time poker player,” Frankenberger says. “Your decisions in daily fantasy can't be that bad when players' prices are efficiently set by the sites”.

Conceptually, both poker and daily fantasy sports are similar in a number of ways. Both games also involve plenty of variance. To win at both games, players must make decisions that maximise their potential for positive expected value. In poker, for example, if you have a draw, you’ll need to evaluate the hand to determine whether you will successfully hit the flush or straight. If you decide to bluff, then you have to determine if the money you’re risking justifies your chance of success.

In DFS, you’ll face similar decisions with regards to player statistics. While you will never know for sure if your player will score a touchdown two games in a row, you can tell whether drafting him was a good decision based on his salary and projected points. In a similar vein to poker, DFS requires you to evaluate your decisions based on their expected value.

In Las Vegas, sportsbooks have raked in billions of dollars over the years, while DFS is still 'just' a multi-million dollar industry.

So, DFS players are likely to have already dabbled in sportsbetting as a form of gambling, laying an effective groundwork. Both activities require plenty of knowledge about the league and its players.

While it is possible for a player to be profitable without knowing much about sports, success in either activity will depend largely on how well you can manage your picks and money, as well as how good you are at evaluating your odds. Still, both games still require plenty of luck, as no such thing as a sure thing in sports – either fantasy or real-time.

Keep An Eye on Gambling Laws

As online gambling laws continue to change across the United States and in various countries around the world, it is important for players to pay attention to regulations regarding daily fantasy sports. As the activity continues to attract comparisons to online poker, it may not be long before lawmakers begin to crack down on daily fantasy sports.

The issue continues to be very divisive. Overall, players of both DFS and online poker consider them to be games of skill, meaning that they should be legal across the country. While laws have been maintained to restrict players from gambling and playing poker online, advocates for legislation are making some headway.

In fact, poker and daily fantasy sports have received skill-game classifications from two separate states early this year. In Virginia, Bill SB 1400 categorised poker as a game of skill to exclude the game from being considered illegal in the state. In New Jersey, the Assembly Tourism, Gaming, and the Arts Committee approved Act A3532, as the outcome is “reflective of the relative skill of participants."

Daily fantasy sports participants can learn every they need to be successful by taking a look at what is already going on in other gambling markets and how other successful gamblers plan their strategies. There are some players out there who make millions of dollars per year playing DFS and making a profit relies heavily on knowledge and research.