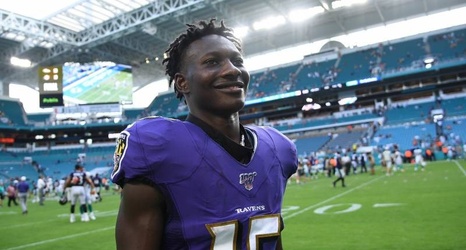 Unlike Thursday's game with the Chicago Bears and Green Bay Packers, we saw teams post big numbers in Week 1 of the NFL season. Unfortunately, a few key players went down with injuries.

The Baltimore Ravens offense took the spotlight, scoring 59 points against the Miami Dolphins. The NFL is a quarterback league, but the unit has a true blazer at wide receiver, who will garner attention on the waiver wire in the upcoming week.