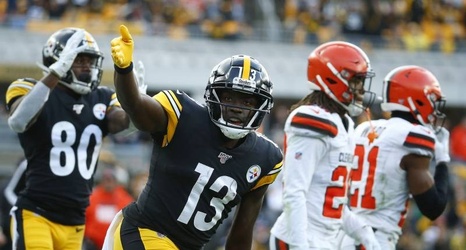 Wide receivers for both New York football teams are back on the fantasy radar because of target volume and production over the last couple of games.

As Pittsburgh Steelers wideout JuJu Smith-Schuster recovers from a knee injury, one pass-catcher has stepped into the spotlight as a solid fantasy play with upside.

In addition to multiple wide receivers trending up, a pair of tight ends could also boost your point total in the TE1 and flex spots.