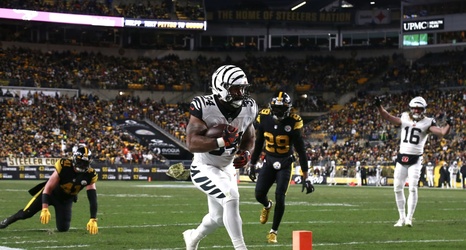 It was a potentially frustrating day for fantasy managers on Sunday, with some of the highest-scoring players rostered in less than half of leagues.

For instance, those who started Cincinnati Bengals running back Joe Mixon (who is rostered in 100 percent of leagues) were less than pleased to see backup Samaje Perine vulture multiple touchdowns, ending up with three for 30.20 points, making him the second-highest-scoring fantasy receiver on the week. (Mixon scored 9.20 points.)

Elsewhere around the league, if fantasy managers were savvy enough to start players who were in line for bigger roles this week, that move paid off.