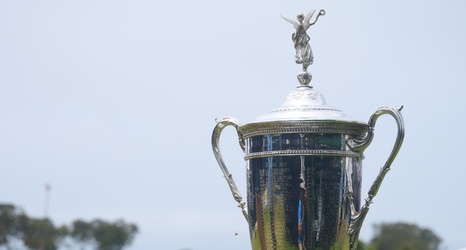 One of the greatest potential underdog stories in sports history did not come to fruition Monday.

John Eckert, who entered a local U.S. Open qualifier in Kansas City as punishment for finishing last in his fantasy football league, shot a 40-over 112 and ended dead last again.

ESPN's Mark Schlabach caught up with Eckert, who said he typically shoots in the low 90s and that he "had some momentum going into the qualifier, so the spirits were high."

That momentum immediately crashed and burned after he started with a triple bogey on the 10th hole.