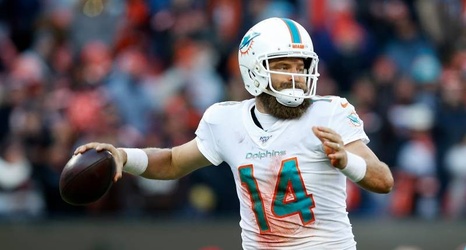 Even in the fantasy playoffs, sleepers are necessary.

Now, there's a good chance the waiver wire is thinner than ever, with smart players grabbing anyone who even has a remote possibility of helping this month. Instead of keeping dead weight on your roster, cut players you know you won't have confidence in to start.

Ryan Fitzpatrick is a name to consider for this week and the next two weeks of the fantasy playoffs. I featured Fitzpatrick almost two weeks ago on "Your Fantasy Fire Drill" as a strong playoff streamer because of his schedule, which includes back-to-back trips to MetLife Stadium to face the New York Jets and New York Giants before hosting the Cincinnati Bengals in Week 16.