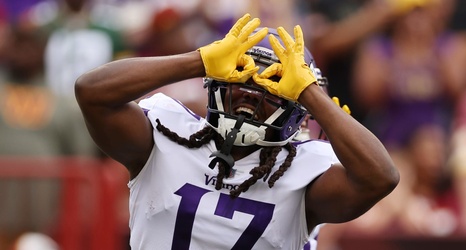 Week 10 of the 2022 fantasy season featured a little of everything—for better and for worse.

At quarterback, the Chicago Bears' Justin Fields continued his charge up the leaderboard (and into the NFL record books) with another huge rushing effort. Justin Herbert of the Los Angeles Chargers, with his wide receiver corps decimated by injuries, disappointed...again.

At running back, if you started Jonathan Taylor of the Indianapolis Colts or Saquon Barkley of the New York Giants, it was probably a good week. If you rolled out Derrick Henry of the Tennessee Titans, not so much. Wide receiver was a tale of feast or famine.