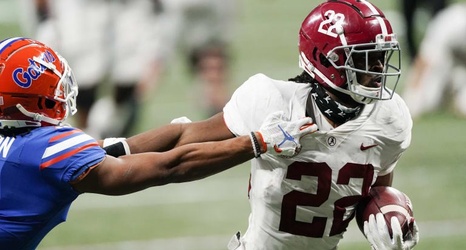 NFL rookies may not have professional track records, but many enter the league with tons of promise. That's why they can be appealing to fantasy football managers early in drafts despite their boom-or-bust potential.

For example, many fantasy managers opted to take running back Clyde Edwards-Helaire in the first or second round of their drafts last year, even though the former LSU standout had never played an NFL snap. He went on to have a solid rookie season for the Kansas City Chiefs, rushing for 803 yards and four touchdowns in 13 games.

So which rookies should be the most appealing to fantasy managers for the 2021 season?