Fantasy Alert: Adrian Peterson to Start vs. Cowboys Due to Derrius Guice Injury 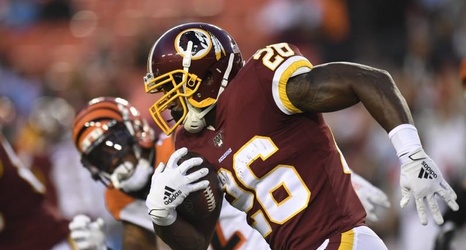 A week after being a healthy scratch, Adrian Peterson will once again be Washington's starting running back.

Head coach Jay Gruden provided that information while speaking about Derrius Guice, telling reporters "there is no [update]" and adding that Guice was "just getting checked out," according to Ian Rapoport of NFL Network.

It appears that Guice will be out for several weeks with a knee injury, though his status beyond that is unclear:

Sources: #Redskins RB Derrius Guice had an MRI this morning on the other, non-ACL knee and he’s likely to miss some time.