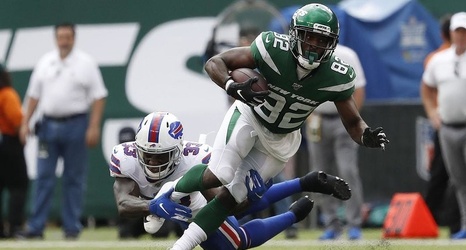 Each week the SI Fantasy team will post an early waiver-wire column, so expect that in the next day or two. But it’s never too early to ponder some options that could help your fantasy squad(s).

On Sunday nights, the goal of our early look at some waiver-wire options is to provide you with a preview of four to five players that could help fantasy owners in the upcoming week or on a rest-of-season basis.

With that said, here are a few options to consider heading into Week 2 (ownership level):

In my AFC East fantasy football preview last month, I named Crowder as one of my two undervalued players in the division.