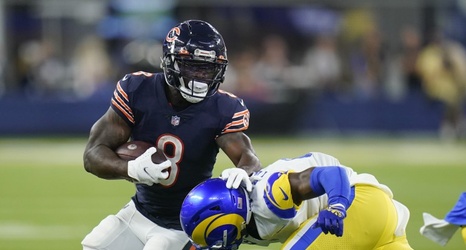 Fantasy managers have to start exploring the market for a running back after David Montgomery went down with a knee injury in the second half of Sunday's game against the Detroit Lions.

The Bears announced Montgomery has been ruled out for the rest of the game.

Expectations were high for Montgomery after the Bears made him a third-round pick in the 2019 NFL draft. He fulfilled that potential last season with 1,508 yards from scrimmage and 10 total touchdowns on 301 touches.

In traditional scoring leagues, Montgomery was the sixth-highest scoring running back with 210.