Amon-Ra St. Brown's Fantasy Outlook After Being Drafted by Lions 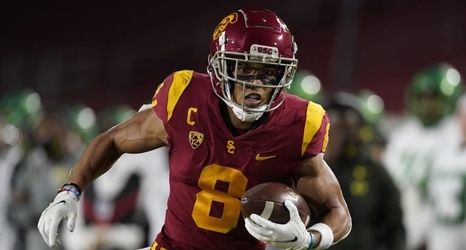 Fantasy managers often look for impact rookies in the first round of the NFL draft, but Amon-Ra St. Brown could be a difference-maker in his first year despite going in the fourth round to the Detroit Lions.

Even though the USC receiver lasted until Day 3, the Lions might have gotten a major steal with this pick. He was rated the 70th overall player by Bleacher Report's Scouting Department and the 12th-best receiver, but he lasted until pick No. 112 in the draft.

The upside is there as a true playmaker who showcased excellent hands throughout his career: