Here Are Some Predictions From Daily Fantasy Sports Sites 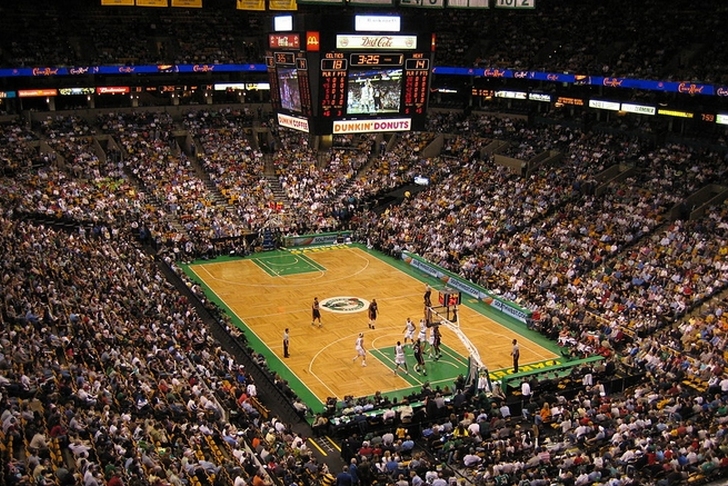 Out of all the crisis and negativity around us, several sports events have somehow brought back the positivity and excitement we had as sports enthusiasts, especially in the upcoming fantasy games.

With different major sports leagues announced and official players were settled in, there is so much for us to catch up on. We have compiled some of the highlights, predictions and outlook rankings in upcoming sports events based on various Fantasy sports sites.

Fantasy owners may compete and win prizes as much as $50,000 weekly for players and at least $1,000 cash prizes to good performers at the tournament pickups. Take a look at some of the prospect players for the upcoming tournament.

Bryson DeChambeau
The Tour's most promising golfer remains the most prominent highlight despite the 3-month break of the sport. In his last games, DeChambeau garnered an impressive seven straight top 10 finishes and a rousing victory in Detroit two weeks ago. He may be one of the players the sports media has eyes on, but there is still no telling where he will place himself at the tournament proper.

Collin Marikawa
The 23-year old professional is back from action after his significant loss in Colonial playoffs. Recently, he became the Tour leader with regards to his strokes gained: Golfers can feel the heat as he is expected to perform head-turning irons this week.

Fantasy owners are sure to consider Marikawa to their lineups as the upcoming playoffs and tournaments prove to be a good proving ground for the contending golfer.

Webb Simpson
Simpson is one of the most sought after players for the upcoming Tour, with an outstanding T-8 finish and sharing the 36-hole lead in Detroit. Given his potent combination of putting and iron plays, it is no surprise that he leaves a trail of impressive gameplays on the previous tours he participated in.

Simpson may not be a Muirfield Village regular than the upcoming contenders, but he is sure to impress some audiences and score fantasy owners some points by his skill alone.

NFL 2020
Aside from the return of the NBA and DFS fantasy basketball matches, which pulled sports bettors to action, announcing the NFL's return a few months after the lockdown might become one of the unexpected announcements ever made public with positive feedback from different audiences and sports experts.

The NFL is a league of constant updates and changes, and what's surprising is younger players are being predicted to surpass their career limits and break onto the national stage this 2020. Here are some of them that you should look into.

Hakeem Butler (Arizona Cardinals)
For the upcoming season, the Cardinals are stacked with wide receivers, out of them comes with one who is slowly carving out into having a more significant role than expected, and he is Hakeem Butler.

Butler caught the attention of many due to his massive 6'5" height and his recent statistics. He made his final season with 1,318 receiving yards—22 yards per catch and nine touchdowns, which is impressive enough for his standing.

Despite his recent hand injury which halted his rookie campaign, he was expected to get back to his usual performance after maintaining his athleticism and involvement in training camps. With this in mind, it is not a surprise that he is set for taking 2020 as his breakout year.

Pass-rushers have taken the spotlight in the Ravens for the past few seasons. Now with the new season ramping up, it became a stepping stone for Jaylon Ferguson to take the field under his hands.

The Ravens linebacker is a high performer with a record of 45 career sacks for the Louisiana Tech. Even though his performance was on a smaller program, his tall physique and athleticism have led Baltimore to give him a chance for NFL action in the last 2019 draft. And from then on, his career led forward to greatness.

During the playoffs, Ferguson's playtime was limited because of Matthew Judon and McPhee's presence. Regardless, he was able to keep a successful 2.5 sacks in 14 games, which gave Ferguson a more prominent role.

With a full year under his hand and the NFL months away, Ferguson has all the time he needs to be an intimidating player and an efficient linebacker for fantasy rosters.

Until now, the sports industry has taken quite a media storm through its unexpected announcements and promising players. Despite all that's happening, sports fans have been allowed to feel the action and make the whole situation a bit normal during the current crisis.