Fantasy Football Winners and Losers From The Week 12 Early Games 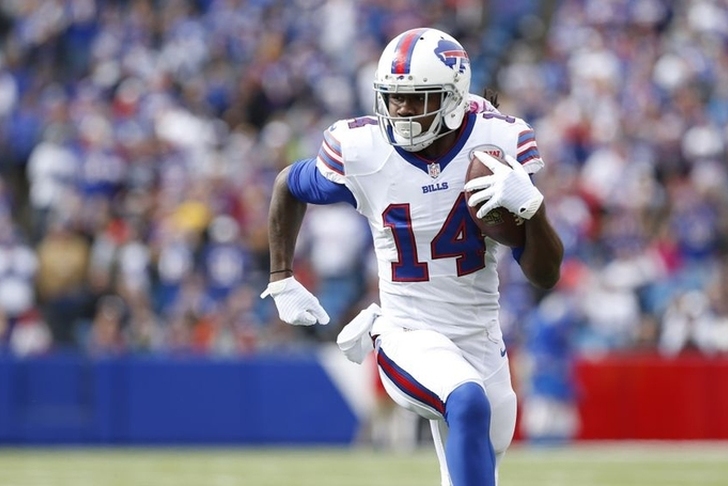 The fantasy football season is rapidly approaching the playoffs, which means the final few weeks of the regular season carry added weight. While we won't list all the point scorers for you here, we will point out a few of the best and worst performances from the early games. We can't list everyone, and there are several strong performances that were left out (like A.J. Green). With that in mind, here are the winners and losers from the Week 12 early games.

Wow. What a game from Watkins. He caught six passes for 158 yards and two scores. Those who started him are celebrating and those that had him on their bench are shedding tears. QB Tyrod Taylor had a strong game as well, but Watkins' day was among the best early efforts.

So I said sit Hilton this week. Oops. He had a great game, catching six passes for 95 yards and two TDs. He sure proved me wrong and I'm very impressed with his effort. He just barely gets this spot over A.J. Green of the Bengals.

Rivers struggled last week, but bounced back by torching the Jaguars. He completed 29 of 43 passes for 300 yards with 4 touchdown passes. As a result of Rivers' strong play, Stevie Johnson and Antonio Gates played well. However, Rivers gets the credit and a deserved spot on this list.

The Jaguars lost, but Thomas had a big game. He caught nine passes for 116 yards and a TD in his best performance since joining Jacksonville. Thomas has to be on this list and hopefully he was in your lineup

I couldn't settle on just one Jets' player to give this spot to. Several players had monster games. QB Ryan Fitzpatrick completed 22 of 37 passes for 277 yards and 4 TDs. RB Chris Ivory racked up 87 yards and a TD on the ground and added 15 yards in the air. WR Brandon Marshall caught nine passes for 131 yards and two scores. Eric Decker caught yet another TD pass. Pick whomever you want, because the Jets' entire offense was a winner.

Peterson always has high expectations, but he surpassed all of them this week. He carried the ball 29 times for 158 yards and two scores and even added 29 receiving yards. He had a monster game and likely carried his fantasy owners.

Gurley struggled badly against a good Bengals defense. He had just nine carries for 19 yards. He had just two fantasy points, since he caught one pass for 11 yards. He was a massive disappointment.

He saved himself a bit with a good fourth quarter effort, but Manning failed to live up to expectations. He was going up against a porous Washington secondary, but Manning struggled early. He finished with 26 of 51 passing, 321 yards, two TDs and 3 picks. If you play in a league that doesn't dock you for INTs, Manning played well. But more was expected from Manning this week.

Once again, the Dolphins failed to feed Miller. He had just five carries, picking up a woeful two yards. He caught three passes for 11 yards, so avoided putting up a goose egg this week.

Brees was going up against a beatable Texans' secondary, but had a terrible game. He completed 25 of 44 passes for 228 yards, no touchdowns and a pick. The entire Saints' offense was pretty much a loser this week, with only Mark Ingram posting good numbers.