Fantasy Football Waiver Wire: Which Players To Add And Drop In Week 6 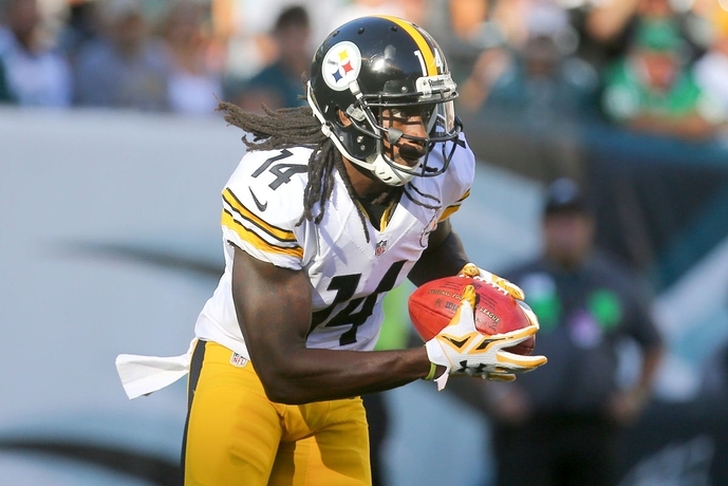 The first five weeks of the fantasy football season are in the books. With byes now a problem for owners and injuries always an issue, the waiver wire is going to be active this week. If you’re looking to add some depth or find a desperation starter, there are a few players owned in less than 50 percent of leagues worth adding. Unfortunately, it's not a great week for the waiver wire.

These players are listed in the order I'd sign them. Of course, the moves you make are heavily dependent on what your roster looks like. I'm also ignoring Adam Thielen (he's on bye) and Cameron Meredith because I think they are flashes in the pan. With that in mind, here are seven fantasy football players you should consider signing and four players you should drop.

Coates will continue to post some occasionally infuriating weeks where he lays an egg. But he's getting the bulk of the targets that went to Martavis Bryant and that's a good thing for his stock. Coates is worth adding in all formats and he'll be a potential flex play depending on the matchup. He's owned in less than 40 percent of leagues, so you do have a shot at getting him. Hogan rewarded owners who took a risk on this week with an impressive 11-point fantasy effort after two weeks of zeros. Hogan looks like the No. 2 WR in New England, although Julian Edelman, Rob Gronkowski and Martellus Bennett look like the first options. But in pass-heavy offense, Hogan is worth rostering and starting at times. He was a popular sleeper option and could continue to post solid numbers. He's getable as well, as he's owned in only 35 percent of leagues.

The Dolphins have abandoned the running back by committee approach, which is a positive thing for fantasy owners. Ajayi is getting the bulk of the carries, although he's not necessarily a must-add this week. Ajayi still hasn't been very productive (which is indicative of the Dolphins' offensive struggles). Plus Arian Foster should be back soon. So Ajayi is worth adding, but don't bank on him becoming an RB1 or even RB2 for an extended period. He's owned in 48 percent of leagues, so this is likely his last appearance. Powell is the only other RB on the Jets who will likely get notable touches if Forte goes down. Powell is slowly cutting into Forte's touches and snaps and if you're in a deeper league, that makes him worth adding. And if Forte misses time, Powell becomes startable. He's owned in 44.6 percent of leagues.

If you need a tight end, it looks like Clay is worth adding. He's coming off a season-best effort and his numbers have risen in back-to-back weeks. With Sammy Watkins out, Clay's targets have increased and that should remain the case. It's tough to totally trust Clay given the Bills' passing woes and Clay's injury history, but with the TE position a mess this year, Clay is worth taking a shot on. He's owned in only 14 percent of leagues. 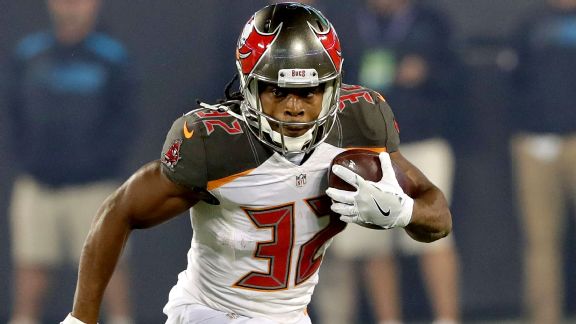 Rodgers won't be the feature back in Tampa Bay after the bye, as Doug Martin should be back. But, with Charles Sims on IR, Rodgers should take over as the third down back. That gives him some value, especially in PPR formats. He's worth adding, but he's not a must-add like he was for Sims owners on Monday night. He's owned in about 26 percent of leagues, with all but two percent making that move when Sims was ruled out for Monday night. You probably don't need a QB right now, since the fantasy pool is full of them. But if you do, or stream QBs, Mariota is a solid option. He might have had only 12 points the previous two weeks, but posted an impressive 30 last week. He won't repeat those numbers but his schedule sets up perfectly for QB1 numbers. From now until Week 11, he plays the Browns, Jaguars, Chargers and Colts twice. He's owned in only 32 percent of leagues.

We'll keep this section pretty short with only a few of the notable names. For the most part, these are players that you already know are worth dropping, especially if you can get a guy like West this week.

RB Charles Sims, Bucs - He's out for at least 8 weeks with a knee injury. With Doug Martin about to come back, he's not worth keeping.
WR Golden Tate, Lions - He's in the doghouse and has not produced this year. It's time to cut ties.
WR Kevin White, Bears - You've probably already made this move, but it's worth mentioning again. White has been placed on IR and he's not worth keeping on your bench.
WR Michael Floyd, Cardinals - His snaps have gone down for three straight weeks. Maybe he's hurt a bit, but Floyd is the No. 4 WR on Arizona based on snaps. Trade him if you can, but don't be afraid to cut him for someone like Coates.