Fantasy Football Waiver Wire: 5 Players To Pick Up In Week 13 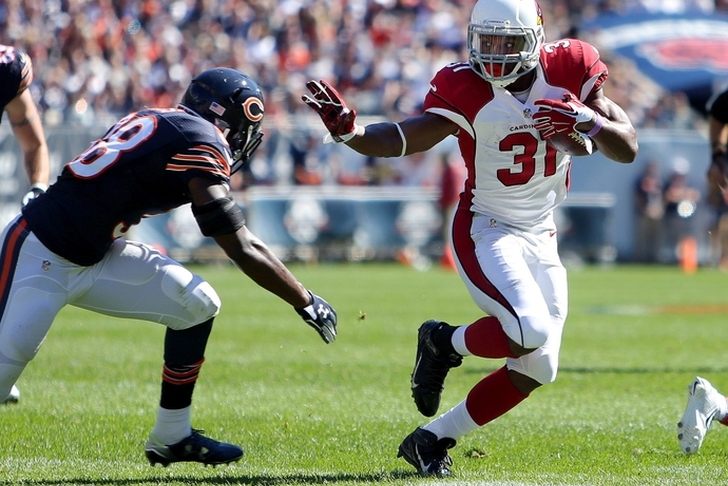 Week 12 of the fantasy football season is in the books. The playoffs are nearly here and it's time to set your team up for postseason play or make a desperate playoff push. For some, the playoffs start this week. If you’re looking to add some depth, there are a few players owned in less than 50 percent of leagues worth picking up. With that in mind, here are five fantasy football players you should consider signing. Johnson has found the end zone a few times this season, but hasn't received enough carries to justify starting. That could change now that Andre Ellington and Chris Johnson are both injured. There's a chance Johnson could keep the job the rest of the season too, as the Cardinals have shown they'll ride the hot hand. He's worth adding in all formats.

Rob Gronkowski likely won't miss the whole season, but he will miss some time. That's a tough break for fantasy owners, as Gronk had been killing it all season. With Gronk out, Chandler becomes a must-own for his owners. He's not going to produce like Gronk, but he will produce enough to merit a roster spot. If you owned Jimmy Graham or Gronk, Chandler is player you want to add. If you can't grab Chandler, here are a few other options. Baldwin showed flashes the past few weeks and then completely broke out against the Steelers. Baldwin likely won't match his absurd numbers again, but with Jimmy Graham out, Wilson could lean on Baldwin more. He's worth adding in almost all formats and he has extra value in PPR leagues.

Jones isn't the top option in Cincinnati, but he has produced this season. He's a bit boom-or-bust, but should at least be on the bench in most leagues. He has upside as a flex play if the matchup is right. He's been on this list for weeks and is still owned in just 48 percent of leagues. He's a Top 40 WR right now, which means he is worthy of a bench spot. Hopefully, this is the last week Jones makes an appearance.

I don't trust Draughn at all, but he is getting a steady diet of carries. That's more than can be said about the rest of the fantasy free agents. Draughn will get enough work to merit signing, but it's tough to use him as anything more than a depth piece or a desperation flex play.