Fantasy Football Waiver Wire: 5 Players To Pick Up In Week 6 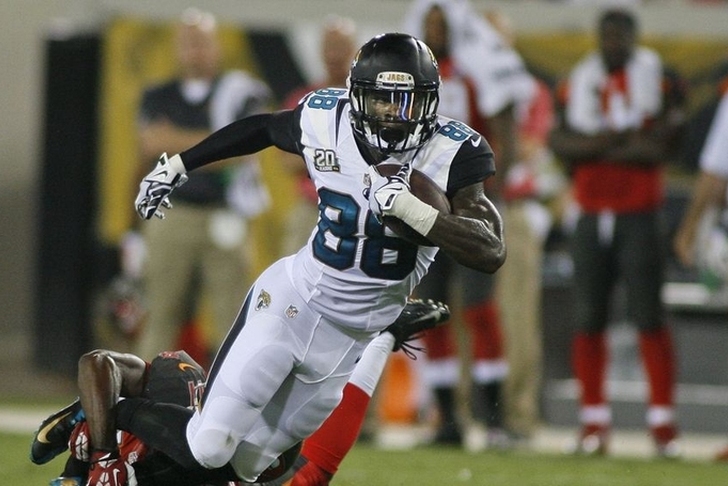 The fifth week of the fantasy football season is in the books. Whether you are 5-0, 0-5 or somewhere in between, you might be itching to make some waiver wire moves to improve your team. With bye weeks here, making a few moves might be necessary. If you’re looking to add some depth, there are a few players owned in less than 50 percent of leagues worth picking up. Here are five fantasy football players you should consider signing.

But, first a quick note. I've only listed two RBs on this list. If you're looking for more options, check out my 5 Fantasy Football Replacements For Jamaal Charles.

Hurns made this list last week, and much of the same logic still applies. Hurns is boom-or-bust, but he's posted several strong games with numerous targets. Even in those monster games Hurns had last year, he didn't have as many targets. He's worth adding in all formats.

You were expecting Knile Davis? That's who most assumed would get the bulk of the carries with Charles out, but it was actually West. If you're going to add a Chiefs RB, make sure it's West. While it's unlikely he'll produce anywhere near the numbers Charles will, he'll likely get the first chance to take over as the starter. However, West is only a smart add if the Chiefs don't sign anyone else. If that happens, all bets are off.

Someone has to catch passes in Baltimore, even more so with Steve Smith hurt. Aiken is the top target for the Ravens. He's not that great of a WR, but it's not like Joe Flacco has other options.

If you need a TE, Barnidge is the best option. He's taken me completely by surprise with his play this season, as he's had three straight great games. There is a real chance he plays like a borderline Top 10 TE for much of the season. I'm not a huge fan of Andrews, but he did get the majority of the touches among Titans RBs this week. I prefer Bishop Sankey as an NFL RB, but the Titans staff doesn't appear to feel the same way. At the very least, Andrews is scoring, which can't be said about many RBs on the waiver wire. It's risky, but there is some upside.