Fantasy Football Waiver Wire: 5 Players To Pick Up In Week 9 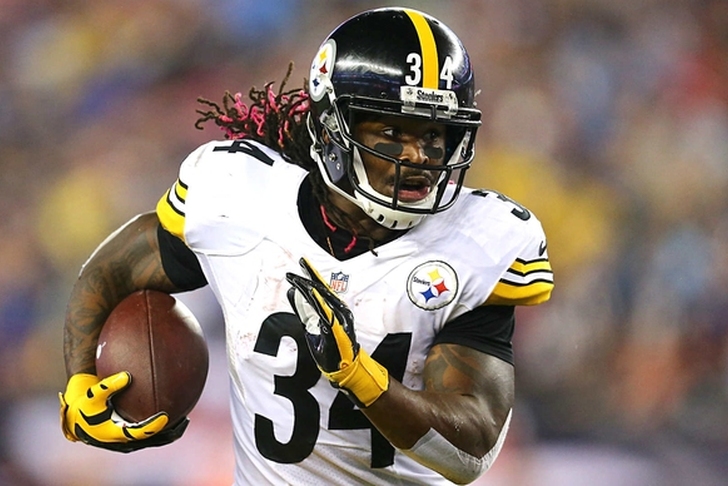 Week 8 of the fantasy football season is in the books. Whether you are 8-0, 0-8 or somewhere in between, you might be itching to make some waiver wire moves to improve your team. With bye weeks here, making a few moves might be necessary. If you’re looking to add some depth, there are a few players owned in less than 50 percent of leagues worth picking up. Here are five fantasy football players you should consider signing.

The obvious, and easily the most quality option on the waiver wire is Williams. He will get most, if not all, the carries with Bell out. Williams played great in Bell's absence and is now a high-end RB2 the rest of the season. Those who kept Williams on their bench just in case are feeling pretty smart right now. He's a must-add in all formats.

With Matt Forte reportedly out for at least two weeks, Langford should get the bulk of the carries in Chicago. He has potential, although it's unfair to expect him to replicate the strong season Forte was having. He's a must-add in most formats, especially if the Bears end up trading Forte.

Someone has to catch passes in Baltimore now that Steve Smith is out for the season. Aiken is the top target for the Ravens, although that's not saying much since they have nothing at WR. He's not that great of a weapon, but it's not like Joe Flacco has other options.

If you don't have a high enough waiver priority to grab Williams or Langford, but still need an RB, Cobb is worth taking a flier on. The Titans have had little success on the ground this season, and might give the rookie a chance to play, IF he returns this week. It's certainly a risky move, but worth it if you're desperate. The upside with Cobb is higher than the vast majority of players on the waiver wire.

I already had five when the news broke that Keenan Allen is out for the season, so I've updated this to include Floyd.

I've never been a huge fan on Floyd, but he's absolutely worth adding now that Allen is done for the season. In Allen's absence, Floyd caught four passes for 92 yards and two scores. Those TDs make it seem like he played better than he did, but Floyd is still worth adding in most formats. The Chargers throw the ball a ton, since their running game is poor, which means Floyd should see enough targets to merit at least a spot on your roster. However, don't expect him to replicate Allen's amazing start.