Fantasy Football Waiver Wire: 5 Players To Pick Up In Week 11 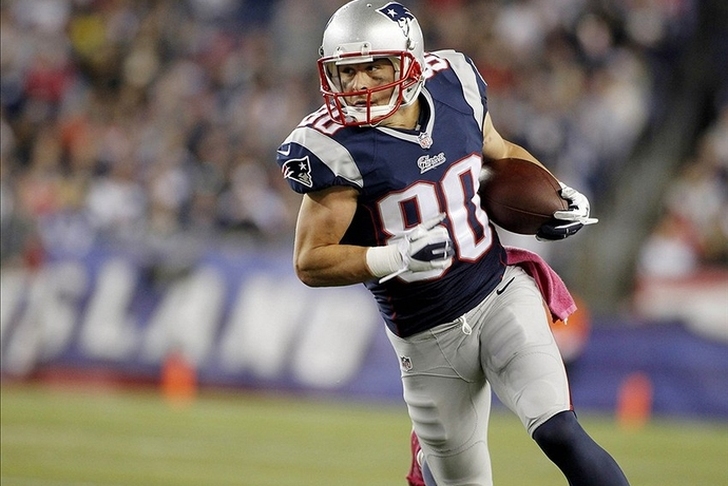 Week 10 of the fantasy football season is in the books. The playoffs are rapidly approaching and it's time to set your team up for postseason play or make one last playoff push. If you’re looking to add some depth, there are a few players owned in less than 50 percent of leagues worth picking up. However, it's not a great week for fantasy additions. With that in mind, here are five fantasy football players you should consider signing.

With Julian Edelman likely out for the rest of the fantasy season, Amendola becomes the team's go-to undersized slot weapon. He'll get plenty of targets, meaning he's worth adding in all formats. In PPR leagues, he's a must-add and will be at least a WR2. He's owned in just 21 percent of leagues, but that number is likely higher for PPR formats. If you didn't add Romo last week, but he's still on the waiver wire, it's time to grab him. He's owned in 47 percent of leagues, so this will likely be his last appearance. He's the perfect replacement if you still had Peyton Manning. At the very least, he'll be a solid matchup play in several games down the stretch.

Aiken has been on this list several times, and for good reason. With Steve Smith out, Aiken is the top target. He doesn't get that many red zone looks, but he had 14 targets last week. He's owned in 46 percent of leagues, up 17 percent from the week before. Perhaps this will be his last week on this list.

Jones isn't the top option in Cincinnati, but he has produced this season. He's a bit boom-or-bust, but should at least be on the bench in most leagues. He has upside as a flex play if the matchup is right. He's been on this list for weeks and is still owned in just 45 percent of leagues. He's a Top 40 WR right now, which means he is worthy of a bench spot.

Before we get too far into this one; this is a deep league add only. Starting RB T.J. Yeldon is in a walking boot and didn't practice Thursday. The Jaguars play Thursday Night and Yeldon might not be able to go. If that's the case, Robinson should be the starter. He's clearly the more talented back, since Toby Gerhart is awful. There's plenty of risk, but Robinson could be a decent short-term add in deep leagues.